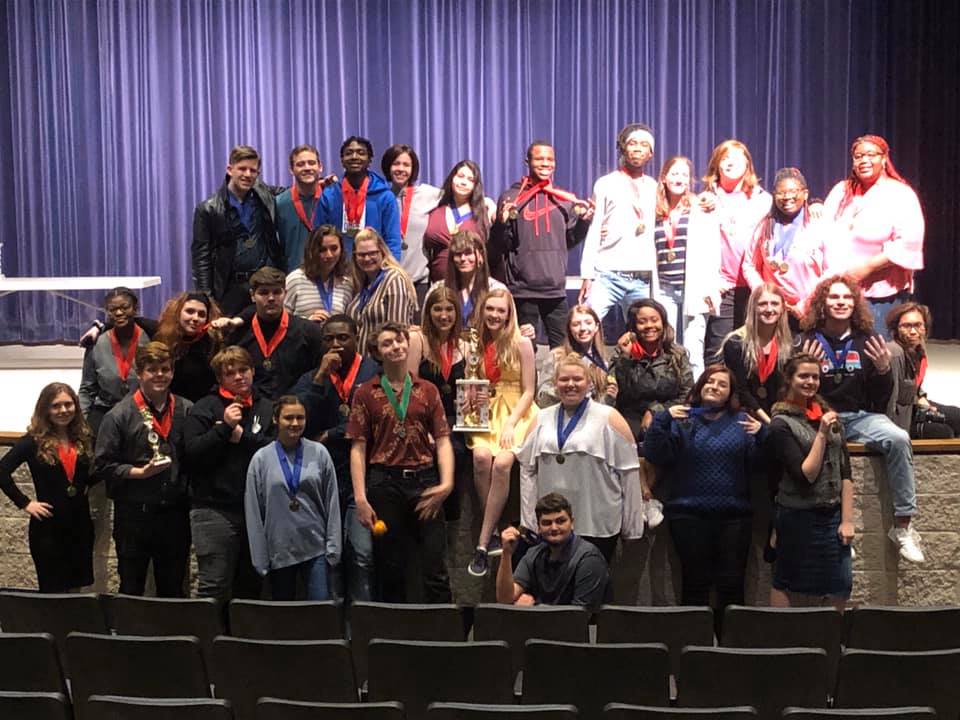 The festival allows students in grades 9 through 12 to compete in 30 events. Students who earned a rating of “superior” at the district level qualify for the state competition, which will be held at Troy University in December. All students receive critiques from qualified teachers, professionals and theatre practitioners, allowing them to improve their theatrical skills.

Best Ensemble was Bryant High School for “An Experiment.”

The All-Star Cast was named as including: Mallory Verzone and Kelby Smith of Theodore; Ricardo Torres and Jailyn Swink of Bryant; Genesis Pugh and Samantha Oyler of Davidson; and Madison Burkholder and William Webb of Baker.

The Best Ensemble was MGM. The Best Costumes was MGM. And the All-Star Cast was named as including: Ronnie Carson, Kaylebh Casey and Kiarra Marion of Murphy; and Harley Smith and Celia Knox of MGM.