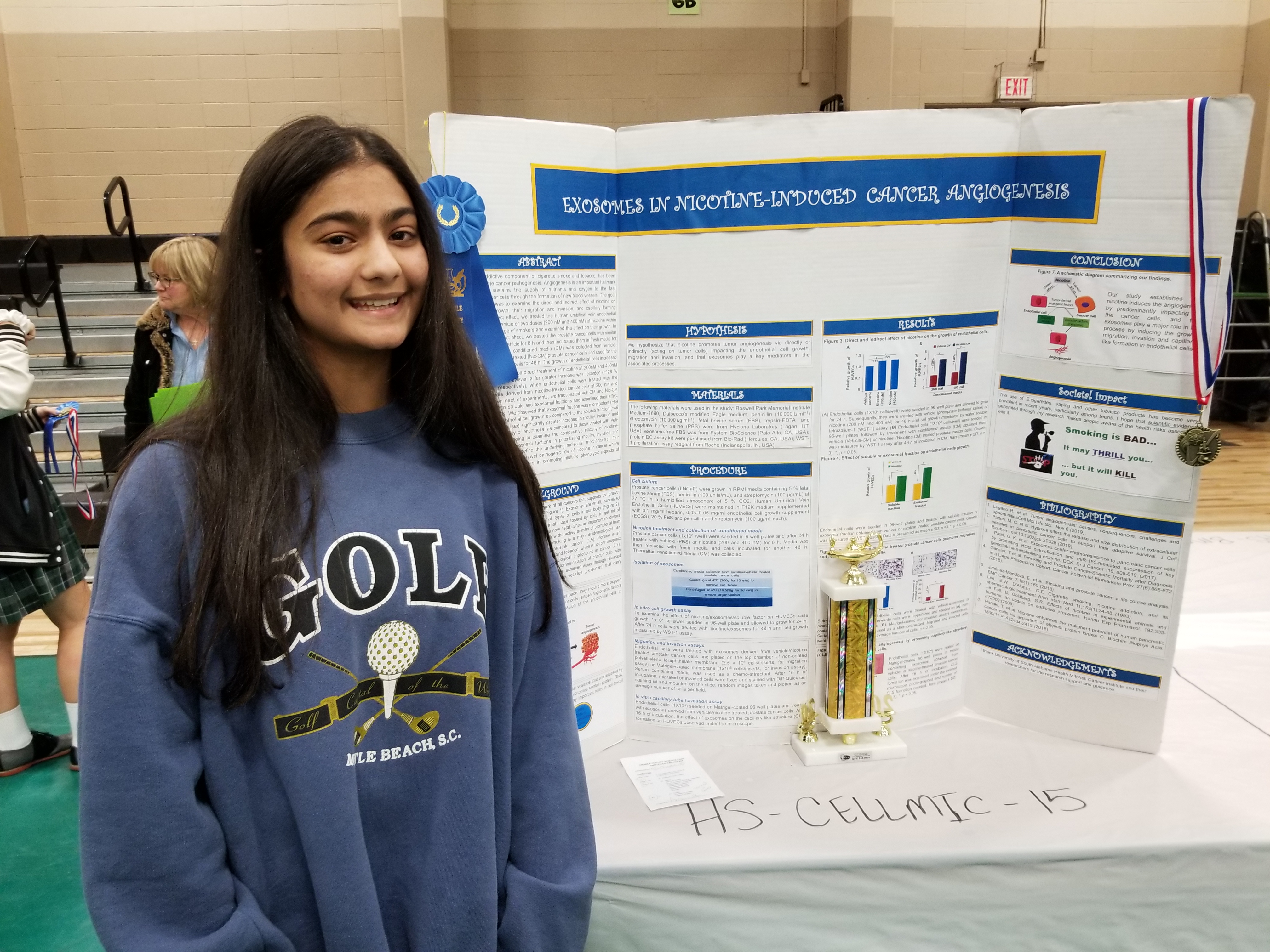 How does nicotine affect cancer cells? That was the focus of the winning project in the 2020 Mobile County Science Fair held recently at Clark-Shaw School of Math, Science and Technology.

Murphy High School’s Shubha Singh won top overall honors for her project: “Exosomes in nicotine-induced cancer angiogenesis.” Singh said the project examines how cancer cells react when nicotine is injected into them both directly and indirectly.

“I know with a lot of kids my age, it’s a growing problem that nicotine products are being used,” Singh said. “I thought: What would happen if could do a project where I put nicotine in the cancer cells and see how they would react to it?”

Callie Thompson of Davidson High School took top honors in the high school division with her project: “Spectrophotometric analysis of light attenuation on pigment concentration.” And Dakota Perry of Dunbar School for Creative and Performing Arts had the top middle school project: “Putting the Breaks on a Tsunami. 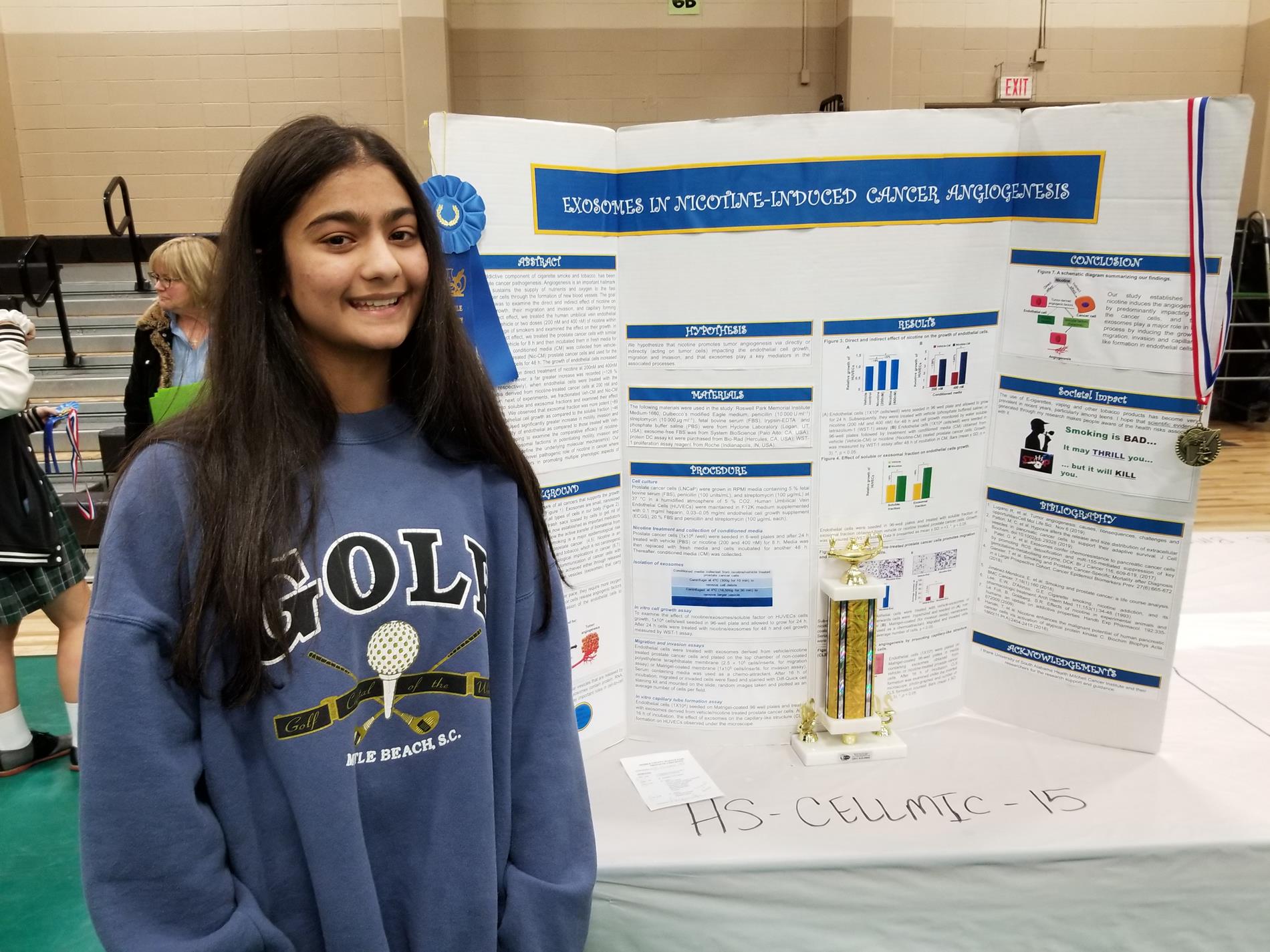